Letters a young Scot wrote from India to his mother Ann Johnston (nee Adie), the housekeeper of the famous Printer and Publisher Thomas Jamieson Boyd, Esquire of 11 Regent Terrace, Edinburgh. The letters were written from the 1850s to just before James Johnston’s death in 1878; a death ironically within a matter of a few days of his promotion to a high rank within the Provincial Government of the North West of India, something beyond the wildest dreams of one whose origins were essentially quite humble and therefore a recognition of the man’s character, hard work, and professional expertise.

These letters were passed down through my family, from James Johnston’s mother to her niece Ann Paterson Hume, who is mentioned in the letters quite frequently. They were subsequently to pass from Ann Paterson Hume to her great grandson, my father, Charles Hume Voegeli, and then onto myself.

The letters were read and transcribed by myself and my father over many happy and enjoyable hours and days, and we have been meticulous in copying the exact wording that James Johnston used, which at times, particularly in his early letters, does not lend itself to perfect grammatical prose, for which we apologise.

I dedicate this website to my beloved father who has for many years looked after these letters for posterity. Sadly he passed away in February 2019, aged ninety seven years.

As from February 2022, these letters are no longer in my possession, as I have just donated them to The National Library of Scotland, George 1V Bridge, Edinburgh EH1 1EW, Scotland. 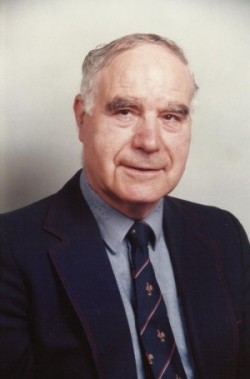