James Johnston was born in Perth, Scotland and after training as a printer ran away from home to find adventure. He thought that a new life in India offered such a life and on the 28th January 1853, in London England, aged 22 years and three months contracted to join the 1st Company of the East India Company’s Bengal Artillery Regiment, as a gunner for twelve years, (Registration No 7778). He was described as being 5ft 8 inches tall with dark hair and hazel eyes, he arrived in India on the 30th September 1853 on board the ship ’The Nile’. 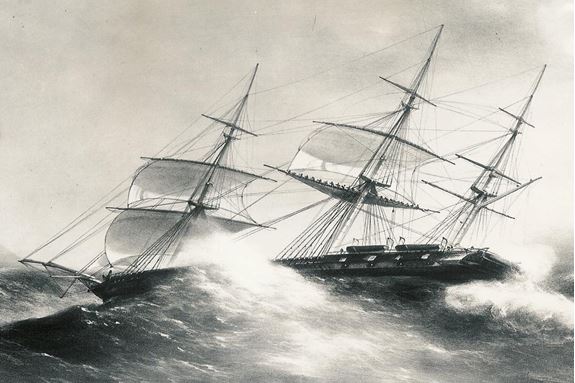 By 1856 he had been promoted to Sergeant and was at the Artillery School of Instruction at Meerut, and on 7 August of the same year, at St John’s Garrison Church at Meerut, he married an English girl called Rebecca Kirkham by the chaplain, Rev Thomas C Smyth MA.

On 14th September 1857 Rebecca gave birth to their son James Charles Johnston. Having witnessed many acts of brutality and atrocities through the Indian Mutiny of 1857, James Johnston was transferred to the Unattached List on the 31 December 1860 and took up the position of Sergeant-Superintendent of Thomason College, Roorkee, being in charge of the printing works and subsequently on 24th November 1869 being promoted to Sub Conductor (highest rank of Warrant Officer). However, prior to his promotion, Rebecca died on 17th August 1861 and two years later, on the 15th September 1863, James Johnston married Letitia Jane Rogers at Meerut. They were to have two children together, Ernest Macfarlane Johnston who was born 20th February 1865 at Roorkee and also at Roorkee, a daughter, named Ann Agnes Louisa Johnston, born 30th May 1866

In 1878 James and his family moved to Allahabad when he was made Assistant to the Governor of North West Provinces and Oudh in charge of Public Works, but tragically for a short time only for he had died before the year was out.

Much of the information found in the letters is private and domestic, apart from the tragic episode of the Indian Mutiny, but they do however give an insight into the lives of ordinary people, in the vanished world of the British Raj and in the death of his first wife Rebecca Kirkham and indeed himself, aged in their twenties and forties respectively, they show how often life was precariously short for Europeans in India at that time, as well as for the native Indians.
However the story doesn’t completely end there, but rather continues to the killing fields of the Somme in 1916.