The deaths of James Johnston and Letitia Rogers Johnston

On the 15th December 1878 James Johnston died of Peritonitis and was buried the very same day by James Lillie M.A Assistant Chaplain Church of Scotland. He was aged 48.

On the 28th March 1886 Letitia Jane Johnston died  from measles and was buried  the following day, 29th March at Mussoorie, North West Provinces. She was 46 and described as a widow. 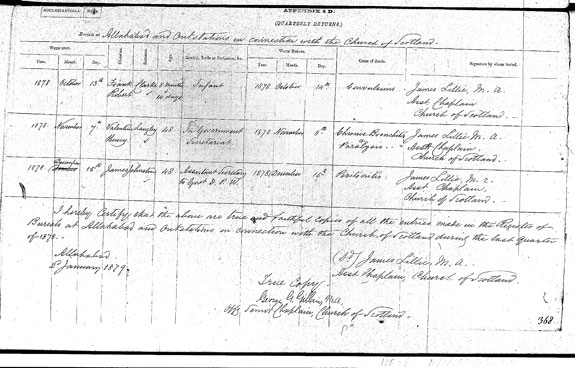