I received your long looked for and welcome letter a few days ago, and was I glad to hear you were keeping quite well. It is now a very long time since I heard from you but I cannot say much on that score as I have not been bothering you with any letters. I received the newspapers you sent all right.

Why did you not come out to India when you had a chance? You would indeed have given us an agreeable surprise, you would find it vastly different here to have servants to attend on you instead of attending to others. India is not the bugbear that people at home try to make it. A person in fair circumstances can make themselves very comfortable, although many of the luxuries in India don’t come up to the comforts at home. If ever you get another chance and you feel inclined, don’t throw it away for you would be so comfortable here more than you can have any idea of.

Well, here we are having great doings on close by at Umballa (Editors Note – presently called Ambala); the meeting of the Viceroy and the Ameer of Cabul (sic). I would have liked to have gone, but I am too busy. Our official year closes on the 31st of March and I have to close the Years accounts of the Press. The Durbar was to have taken place yesterday and I believe there is to be a grand Military display tomorrow to show off a bit in front of him. The Viceroy is to be at Roorkee on the 10th of next month when he will visit the College and Press, he will be the third Governor General that I have been introduced to. 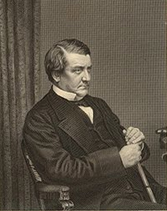 There has been a great cry of famine lately all over the country owing to no rain and the Govt has been going on with large works to give employment to the starving population, but lately we have had nothing but rain, rain- a most unusual thing at this time of year and there were great fears that the stunted crops that were in the ground would have been destroyed; but the clouds have disappeared and the country looks beautiful.

I took Letty yesterday out into the country a bit and everything looks so nice and green. The weather is delightful, but we have to look forward for a good grilling before long.

I have bought a nice big home since I wrote to you last. Thirteen rooms in it besides homes for servants and cattle. We are living in it ourselves and are very comfortable and we have a nice garden with lots of fruit in it. I wish I could send you some of the Bombay Mangoes.

Last month there was a friend of mine and his wife who left here for home. He was working in the Canal Foundry as foreman smith and had been here for the last six years. I asked him to call on you if ever he came your way, his name is William Johnston (he might be a distant relation, who knows) and I knew you would like to see anybody that had seen me lately.

So Ann has got a daughter(Editor’s Note- Ann Paterson – my great great grandmother married Joseph Hume – my great great grandfather-at Edinburgh on 20th September 1867. Their daughter Mary Falls Hume was born 26th March 1868) I hope she has got a good husband, I suppose recollects me well. And Agnes is going to be married; I hope it will be a good match. What is his name ?, and what trade is he in ? ( Editor’s Note-Agnes Paterson born August 1850 married Charles Skinner a tailor of 13 Union Street , Edinburgh); I am sorry to hear that Georgie is not well ( Editors Note-George Paterson, born 1848 was to live until he was 68 years old). I hope he is all right again by this time. He is a little chick when I saw him last; I don’t suppose he remembers me- he was the last I spoke to when I left. I little thought then I would soon be so far away. Is he still working at Mr Boyds? (Editor’s Note – the Edinburgh Publisher who with Oliver produced the famous ‘New Edinburgh Almanac and National Repository’. The Publishing company Oliver & Boyd, began in 1807/08 by Thomas Oliver and George Boyd and was based at Tweeddale Court off the High Street in Edinburgh. Over the nineteenth and twentieth century, the firm forged a reputation in medical publishing and educational textbook publishing, particularly dominating overseas markets.)

Does Mr Boyd ever enquire of me, or ask how I am getting on? I saw an affair in the papers about a lawsuit he had with another publisher about prigging from his Almanac.

I send you by this post a copy of the Agra Exhibition Catalogue in which my name appears as having received 2 silver medals and 2 money prizes- see pages 352 and 353.

I also send you a copy of what was to have been the Catalogue of the Lahore Exhibition, but it was altered to what it is- there is some valuable information to be got from it. Perhaps Mr Boyd would like to see it. I send it to show you what we can do here with very small means- but a good will. Although I say it, there is not a Press in the country can touch the same for the styleof work turned out and I got a puff in the papers about it lately when this book came out.

Trusting this finds you enjoying good health as I am happy to say this leaves me and mine.

Letty joins me in wishing you to accept our joint loves and hoping to hear from you soon.

Since I wrote to you , Letty has lost her mother, poor girl. She was very much cut up. The old woman died at my place, she had just come in from Meerut a short time before. I was very glad she was with us at her last – old age carried her off.

While writing to you I am pestered with this daughter of mine who is dodging round my chair and bawling ‘Papa’, and laughing till she gets black in the face. I don’t know if I told you, her name is Ann Agnes Louisa after you, after Aunt, after her godmother. (Editors Note: Ann Agnes Louisa Johnston was born 30th May 1866)

with fond love your son Jamie